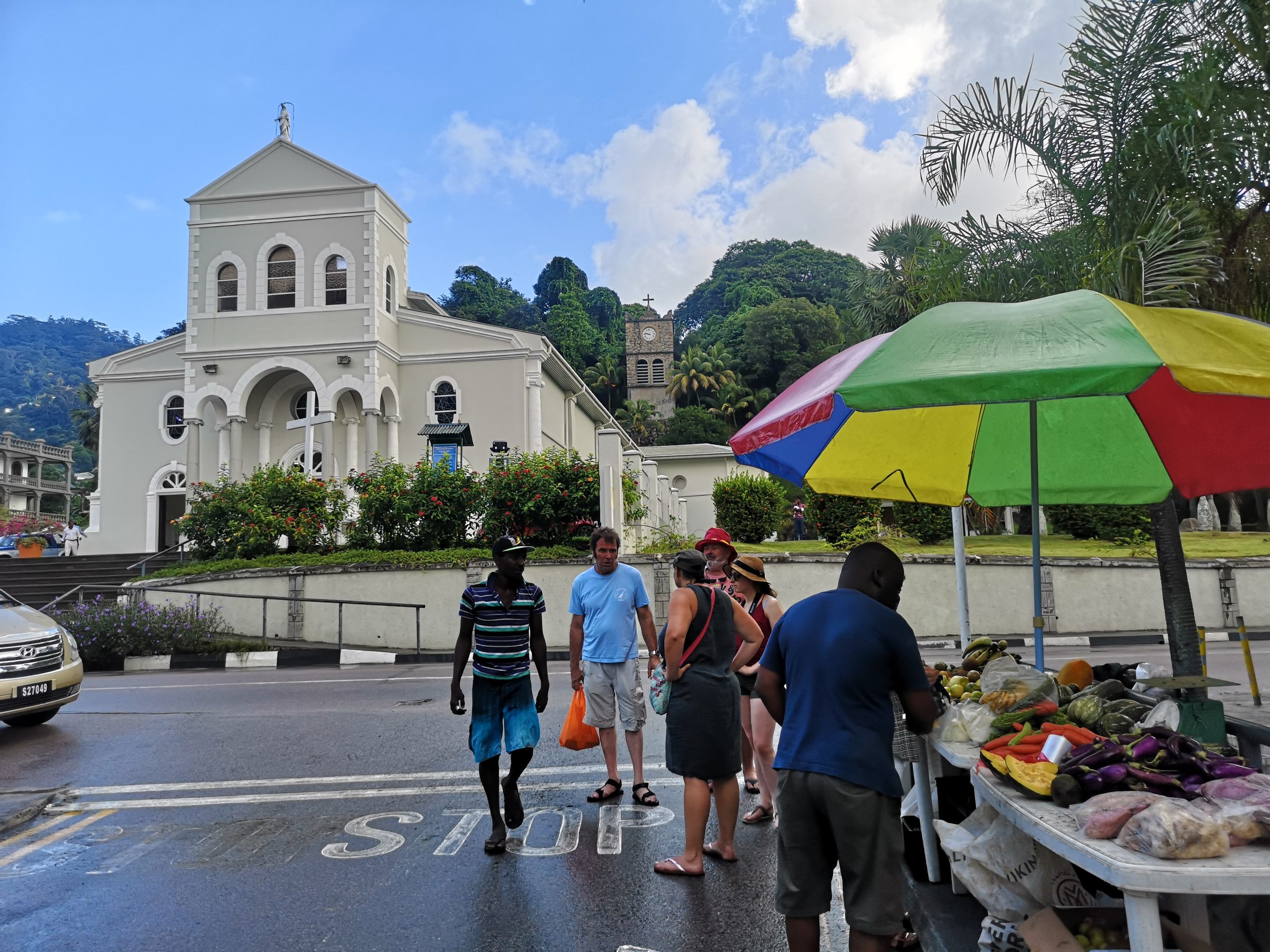 Mahe is the biggest island in the Seychelles and is home to about 90% of the country’s population.

The big bothanical garden in Victoria

I had four days to spend on this island and as soon as I got there I regretted that decision. La Digue, Curieuse and Praslin had been so peaceful and beautiful. Mahe was just like an island anywhere in the World with cities, big resorts and lots of tourists.

I explored the capital Vicotia, which could be easily done in an hour. The city is really small, so whenever there is a cruise ship or a group tour passing through the small streets will get congrsted with old people pointing their cameras in all directions.

The main sight in the city is the clock tower. I had expexted a big ben and was surprised to see a clock tower that was not much taller than a double decker bus. A nice part about the place was that it was right on the foothills of some nice mountains, which were covered by clouds most of the time.

Other sights in Victoria included the Hindu temple and the market, but having just come from India I was not very impressed with that. Generally the city was a place where there were lots of local people hawking, drinking beer in public. Because it is right i the smugling route, Seychelles has a huge drug problem and a recent survey showed that as many as six percent reporter that they had tried heroin. That is the highest percent of usage in the World.

One of the days I took the local (seeingly unscheduled) bus to Sans Souici, where I started a nice, hour long hike up to Morne Seychellois National Park and a peak where I got a nice view of the mountains called “Trois Freres” (French for “Three Brothers”).

After the hike I took two more buses to get to one of the most popular beaches and also the longest beach on the island, called the Anse Beau Vallon.

The beach was nothing special, but it was kind of nice to have all the facilities around for once, like beach chairs, food stands selling barbequed food and drinks and the road which the bus stopped right next to. It was just like it could have been any touristic beach in South East Asia.